Pain and discomfort in the younger population is often times associated with body changes and development. A lot of this pain is often dismissed by parents and guardians as ‘growing pains’ that passes as the child develops. Heel pain is particularly common in active kids. Sever’s disease (also known as calcaneal apophysitis) is a commonly occurring condition in the young and active portion of the population. Males are often more prone to developing the condition than females and the symptoms usually arise prior to puberty. Sever’s is often characterised by ongoing episodes of heel pain which are alleviated by rest and exacerbated by periods of weight bearing activity such as school attendance or participating in sports or social activities.

– Tight calf muscles: As the young body develops, bones, muscles and tendons grow, change and stretch to facilitate further development. In the human body, the bones in the calf (tibia and fibula) actually grow at a faster rate than the muscles of the calf (gastrocnemius-soleus complex of muscles). This imbalance as a result causes strains on the Achilles tendon which attaches the muscles of the calf to the bones of the foot at the level of the heel. While in most cases a tight Achilles may not produce symptoms, in the younger population this tight Achilles may cause a traction injury on the weak, underdeveloped cartilage spot on the back and bottom of the heel (calcaneus). Ongoing tightness will lead to excessive strain of this cartilage which in turn becomes inflamed and painful to touch.

-Another common cause is over-pronating (“flat feet“) which will also cause strain on the achilles tendon.

-Inappropriate footwear : Shoes that have worn out, or do not provide adequate support may also cause excessive strain on the achilles.

There are a number of symptoms which may indicate the onset of Sever’s. These include but are not limited to:

Sever’s is a self limiting condition which corrects itself in due time. Treatments for the condition itself however varies depending on the severity of the symptoms. Some common treatment protocols include:

– Periods of rest.
– Application of ice to the sore heel areas to alleviate inflammation and help with pain.
– Anti-inflammatory medications.
– Orthotic devices to help correct any underlying foot alignment issues which may be contributing to the condition.
– Foot taping and strapping using sports or kinesiology tape.
– Footwear modification.
– Calf and hamstring stretches to decrease muscle and tendon tightness.
– Heel raises in the patients shoes may help to alleviate discomfort by reducing the length of the tendon and the stress at the calcaneal level. It should however not be used as a long term treatment.

Patient education is important for ongoing management of symptoms. Most patients are able to control and treat their symptoms and flare ups at home however a treatment directed approach guided by professional knowledge is ideal.

If you or anyone you know is suffering from the symptoms of heel pain related to Sever’s, contact us at The Podiatry Centre for expert advice and assessment. 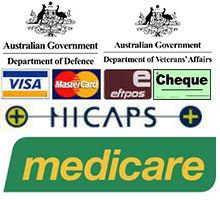